Producers of the popular ’90s television series Sea Change has herself undergone a tree change, creating new life in the mid Macleay.

Sally Ayre-Smith admits she always haboured a desire to immerse herself in an intimate community. Her production of Sea Change helped fill that void. But when she and husband Marcus Skipper decided to break free from the busy confines of Sydney they headed north for a change of lifestyle and took up acreage that fronts the river upstream of Belgrave Falls, where sweet freshwater meets brackish tidal flow.

That inspiration has become the name of their new venture – Sweet Water Farm.

Sure, as tree changers gumtrees and bladey grass are part of their new landscape but only as a backdrop to their successful foray into organic garlic which produces enough income through clever marketing to survive, as long as the couple stick to a relatively simple life.

Fortunately for Sally, Marcus is a master craftsman trained in high art as a third-generation member of the Victorian artist community Montsalvat and is building her a stunning house with grand fireplaces and views beyond Bellbrook. Marcus has already built a pole and mud-brick ranch style home for Sally’s parents – Robert who worked as a veterinarian in Kenya before coming to Australia with his screen siren wife Carol Raye, who actually gave up a promising London career in front of the camera to be with her husband in east Africa.

Sally remembers those days, as a child, and loves how Marcus designed a wall to reflect that experience.

These days Sally’s passion keeps dirt under her nails.

Soon after moving to the Macleay in 1997, with Marcus in remission from esophageal cancer, Sally booked into an organic farming course at Coffs Harbour, where she and fellow students grew garlic to prove – in a practical way – the theory they were absorbing.

At the end of that course Sally brought all the students’ produce – 100kg for $1000 – and planted out the big Russian cloves on alluvial riverbank at her Sherwood property.

In summer after the Nobember harvest they plant field peas followed by a winter crop of brassicas (mustard), lupins (legumes) and oats (for a different root structure) – all of which are ploughed back in.

From this balanced organic soil the couple are able to produce five tonnes from just half a hectare, with 1.g5 of that going back for seed. This year Sally has introduced a portion of new seed stock to maintain vigour.

But the real strength is in the market, which has learned to love the big, sweet, Russian garlic, which is just as well because the Russian variety grows better in the sub-tropical climate of the North Coast.

Sally sells her produce wholesale for between $15 and $30/kg, depending on availability.

The return, thanks to simple inputs, earns the couple a living.

“Our primary interest is living in this beautiful place together,” she says, “But we realise to do so we need to earn a chunk of money”.

At the heart of ther drive is the creation of a local organic marketing company that aims to underpin the efforts of 47 North Coast organic growers by marketing and distributing under one umbrella with its headquarters in the South Kempsey industrial estate.

Already there is a major investor, in the form of Adelaide fruiterer Rocco Musolino of Natural Organics.

Sally is driving this investment and will sit on the board of directors. All 47 growers, from Lismore to Gloucester, have shares in the company.

“With this business model we can handle more production, we can pack produce for the modern consume and we can control freight in a way that we never could before,” she says. “Kempsey is a perfect location for this distribution centre, as we’re right in the middle of our growers and we have had enormous support from Kempsey Shire Council, which has also worked in tandem with the Macleay Valley Foodbowl Project.”

This energetic 64-year-old former film producer has no plans of retirement from activity and plans to push ahead with her vision of training young people in the ways of agriculture.

“Farming should be seen as a noble profession,” she says. “To do that young people need access to land and skills and we hope to make that a reality through our organic marketing company.” 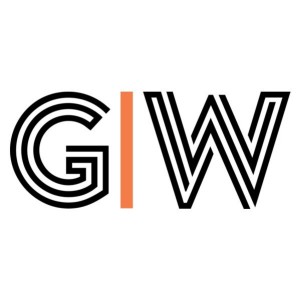